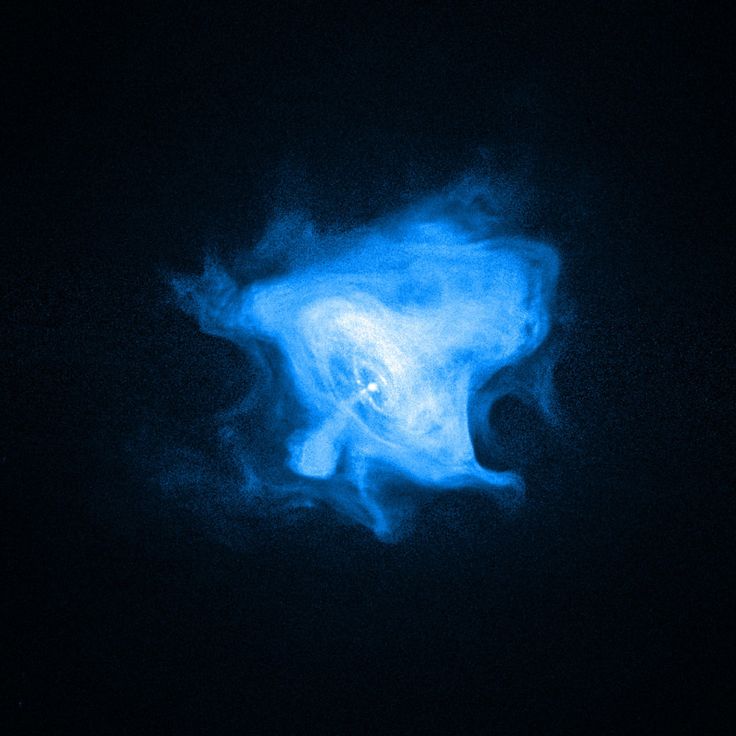 The Crab Pulsar is a city-sized magnetized neutron star. It is known to spin around 30 times in every second. This particular image of the Crab Pulsar was taken from the orbiting Chandra Observatory. The deep x-ray images of the Pulsar gives us the first look at the convoluted boundaries of the Crab’s pulsar wind nebula. With more mass than the Sun and the density of an atomic nucleus, the spinning pulsar itself is the collapsed core of a massive star. The collapse of this particular star resulted in a supernova explosion in the year 1054.