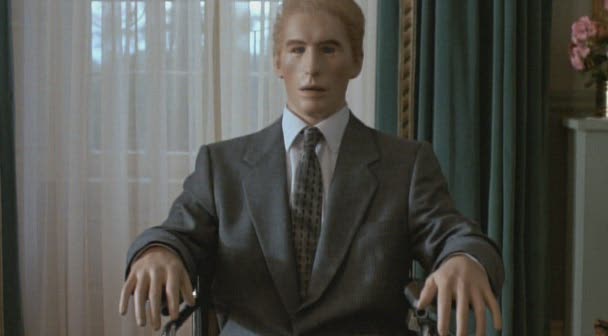 Directed by Sandor Stern and starring David Hewlett, Cynthia Preston, Terry O’Quinn and Bronwen Mantel as the main characters, this film was released in 1988. The story follows the lives of Leon and Ursula, brother, and sister, who regard their father’s dummy (used for therapeutic reasons), as their male sibling.