Some people mistakenly think they need to brush their teeth really hard in order to get rid of plaque. But the thing is, tooth plaque is super soft so all you have to do is clean it off with a piece of cloth. The reason we brush our teeth is simply that a towel can’t get all the nooks and crannies of your mouth. You don’t need to push hard, but rather, move the toothbrush around everywhere in your mouth.

Curious Mob wants to make you aware of the 4 most common signs of over-brushing as well as ways that will help address them.

4. Your gums are starting to recede. 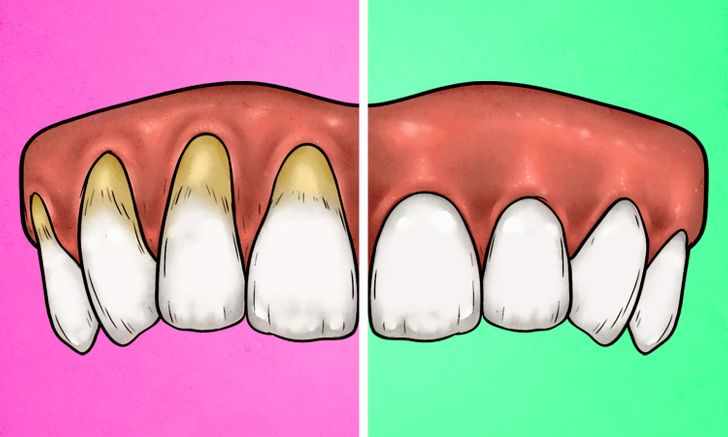 Every one of our teeth has enamel on its surface. Over time, this enamel can be harmed by over-brushing. If you harm the enamel on your teeth’s surfaces, your gums may start to recede which puts roots of teeth at great danger of being exposed to infections. If your teeth reach that point, you might need to do some serious dental work like fillings, root canals or even extract the tooth if it has no chance of becoming healthier. Seemingly harmless habits like brushing your teeth too vigorously can end up doing some damage. About 10%-20% of people have damaged their gums from over-brushing, according to dentists.